Military Sexual Assaults on the Rise 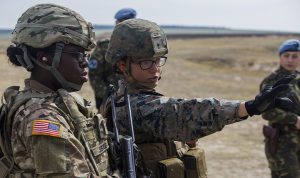 Results of a Pentagon survey reveal that military sexual assault numbers are back to their previous high levels after several years trending downward. In 2018, the number of assaults topped 20,000 annually, the same rate as five years earlier. Despite efforts to prevent sexual assault, the survey reveals a continued problem throughout all branches of the military. Defined as sodomy, rape, aggravated sexual contact and abusive sexual contact, sexual assault includes a wide range of crimes. Unsurprisingly, women are most often the target of military sexual assault.

Servicewomen between the ages of 17 and 24 are the most likely victims of sexual assault in the military, the report reveals. Revictimization of these women occurred frequently, too: 64 percent of victims say they faced retaliation after speaking up about their experience. Given the negative consequences associated with speaking up, it’s safe to say the numbers of unreported sexual assault are even higher.

No one should face sexual assault threats in the workplace, but especially not in a military setting. With lives on the line, servicemembers must be able to rely on one another for survival. Even when not in combat, the trust necessary for their duties is undeniable. Without the inherent sense of safety among one’s peers, it can be difficult to accomplish goals as a team.

The US military has a way of handling legal challenges internally. While the men and women representing these victims have good intentions, they ultimately report to an organization who benefits from fewer numbers of reported sexual assault. If you or someone you know has experienced sexual assault in the workplace, it’s worth speaking to an experienced attorney for guidance on next steps. While it can feel overwhelming, taking action against the people who victimized you can restore some sense of justice.

In many cases, a court can help make things right for victims. Some receive compensation to make up for the economic losses associated with sexual harassment, like lost raises. Compensation may also be available for the pain and suffering endured by the victim. If the victim’s job was lost because of their refusal to comply with sexual requests, their position can be reinstated.