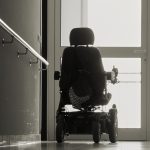 Two people have died and another 20 have been hospitalized after a virus broke out in a Springfield, VA retirement community. Reports say as many as 55 people total have suffered symptoms of a respiratory virus that spread through the retirement home like wildfire. Symptoms of the virus include cough, fever, and pneumonia. Local health department officials have quarantined portions of the retirement community, hoping to contain the disease from spreading further.

The two victims who were killed by the virus reportedly suffered bouts of pneumonia in their last days. Officials say they each faced complex medical challenges prior to becoming infected. There is no doubt, however, that the virus contributed to their passing.

When we think about elder abuse, medical malpractice, and neglect, we rarely include the outbreak of a virus in the list of potential risks. While it’s true that hospitals, clinics, and retirement communities may have more ill people coming and going than average, it’s up to workers to help minimize the spread of disease and bacteria.

Dozens of people remain sick from this outbreak. Greenspring, the retirement community in question, say they are taking every measure possible to prevent further spread of the virus. All staff are wearing masks and protective gloves until test results reveal how the virus spreads. Until then, residents and family members of the victims will have to wait and see just how much the negligence of staff members contributed to the outbreak.

Anyone with a beloved family member in a retirement community or nursing home should stay informed about outbreaks such as these. In some cases, the residents of such facilities may indeed be victims of medical malpractice or negligence.

Fighting for the Fair Compensation that You Deserve

The Virginia personal injury lawyers at the Law Offices of Richard J. Serpe, PC have helped victims and their families for over 30 years. If you or your loved one has been injured due to medical negligence, contact us to discuss your situation. The consultation is free, and our no fee promise means you don’t pay any legal fees unless we settle or win your case.