Cruises: ideals of relaxation and enjoyment. Just sailing the seas without a care in the world, with a surplus of food and drinks, seeing a new sunset in a different destination every night. Sounds like a dream vacation, right? That’s what many people believe when they purchase their tickets from one of the countless cruise companies around the world.

What many don’t understand is that your cruise ticket purchase serves as an agreement to a complicated legal contract. It’s not until disaster strikes that passengers realize how few rights they have for recompense.

Tragedy has struck luxury cruise liners in the open ocean throughout all of history. While you might first think of the iconic film Titanic, passenger ships have been plagued by bad weather, crew negligence, and onboard accidents for centuries. Most recently, in 2012 the Costa Concordia capsized when it hit a coral reef off the coast of Italy. Many were injured, and 32 people lost their lives.

In the last few years, two of Carnival Cruise Line’s ships have suffered debilitating power outages, both caused by fires. Both ships carried over 4,000 passengers, and one was stranded for 3 days. The other was helpless for more than a week. Loss of power means no air conditioning, no showers, no hot meals, and no working toilets. In 2006, 240 people were injured when the Crown Princess, operated by Princess Cruises, tilted for 30 seconds and then righted itself. The event was blamed on human error. And there are many more cases of individual injuries on cruise lines. There are cases of assault, slips, falling overboard, and pool drownings.

The “Fine Print” on Your Cruise Ship Ticket

When you’re injured on cruise ships, typical laws and liability rules do not always apply. The ticket and accompanying documents are treated as a contract between the traveler and the cruise company. Cruise lines are notorious for barring a laundry list of lawsuits in their contracts. For instance, some have limits to how much they will pay when sued in incidents resulting in death, personal injury, or property loss. Some offer no recovery for mental anguish or psychological damages.

Many cruise lines prevent class-action suits from being brought against them, meaning that one or more plaintiffs cannot sue on behalf of a larger group. They also dictate where litigation must be brought, and under what laws.  The ship’s nation of registration determines which laws apply. While you might expect large companies like Carnival and Royal Carribbean to register in the United States, most of their vessels are in fact based out of island nations.

In many cases, cruise lines also include restrictions for the timeframe in which a passenger can pursue legal action against them. By shortening this time period, cruise lines limit the chances that a person will indeed file a lawsuit. Sometimes, this window is a mere six months. This leaves very limited time for a plaintiff and their lawyer to conduct their investigation and gather evidence. Anyone hoping to file suit against a cruise line should act sooner rather than later.

When crewmembers on board a cruise ship are negligent, the results can be tragic. It’s not just the crew who is responsible for passenger safety, though. The cruise line, the equipment manufacturer, and even fellow passengers can be held liable for accidents at sea. Some of the most common types of cruise ship accidents are caused by:

Accidents can happen anywhere, but cruise lines owe it to their passengers to provide a safe environment in which to relax, dine and stay. If you believe you’ve suffered an injury or illness because of a cruise line’s negligence, you should consult a lawyer as soon as possible.

Finding the Best Maritime Cruise Ship Lawyer for You

Because maritime law can be so intricate and complex, you need more than the average personal-injury lawyer on your side. You need an attorney well versed in the laws of the sea, with plenty of experience.

Richard Serpe has a Master of Laws in Maritime

Richard Serpe has a Masters Degree (LLM) in maritime law from Tulane University School of Law and is considered an expert in the field by many of his peers. He is more than capable of handling a whole variety of maritime cases, from injured workers at shipyards to injured sailors, or victims of injuries aboard luxury ships. If you or a loved one has been injured in the water or around ships, do not hesitate to contact our firm for exceptional handling of your case. 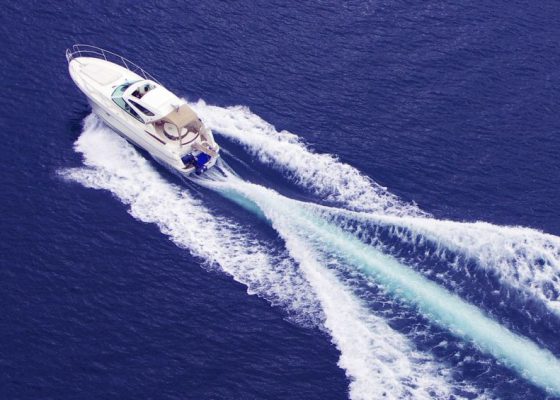 Alcohol Tops List of Factors in Fatal Boating Accidents
Alcohol played a contributing role in nearly 20 percent of fatal boating accidents in 2018. That's the conclusion the US Coast Guard has come to after tallying up national boating
READ MORE » 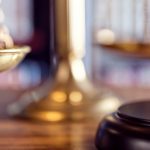 How Long Will A Virginia Personal Injury Claim Take? 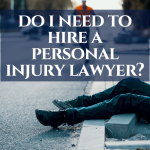 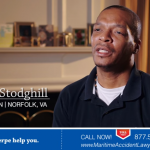