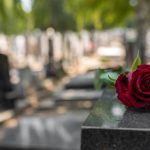 One person is dead and three others are recuperating from injuries after a mooring line accident in Washington. The incident occurred when a 34-year-old longshoreman was helping shift the mooring line during cargo operations. Tragically, the line struck the man and three others. The victim succumbed to his injuries on-site, leaving behind a wife and children. Three other people were also hurt in the incident. The investigation into the exact cause of this terrible accident is still underway.

Is Negligence to Blame?

Accidents like this can happen when longshoreman are tasked with moving ships on lines along the dock in order to load a different hatch. One small miscommunication can lead to tragedy. The maritime industry risks the health and safety of their longshoreman by refusing to pay for a tugboat or for pilots to reposition the ship near the deck. An attempt to cut corners and save money instead results in loss of life.

Compensation for the Family

We don’t know all the details about how exactly this accident occurred, but chances are good that this incident was indeed preventable. If negligence is indeed to blame, either through a lack of proper employee training or oversight on the part of a supervisor, the victim’s family may be entitled to compensation. They should reach out to a maritime injury lawyer as soon as possible to understand their rights. While no amount of money can turn back the clock and prevent such a horrific accident, a settlement can help ensure the brightest future possible for the victim’s family. Funeral costs, medical bills and the loss of the wages the victim would have brought home in the future can all be compensated for.

If you’ve been injured because of the negligence of someone else, you may want to speak with an attorney. Richard Serpe gained a Master’s Degree in maritime law from Tulane University School of Law. He has also been awarded the rank of Proctor (the highest rank available) from the Maritime Law Association of the United States.