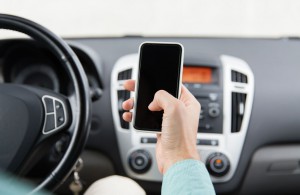 An 18-year-old has been charged with involuntary manslaughter, texting while driving and reckless driving. The charges come after an April crash that left one man dead in Suffolk.

Police say the teen was involved in a three-vehicle collision on Godwin Boulevard near Five Mile Road in Suffolk back in April. The teen’s car rear-ended a vehicle in front of it, which caused it to be struck head-on by a third car. Though the teen claims the vehicle in front of him stopped suddenly, his vehicle left skid marks that are inconsistent with the story. The man in the car ahead of the teen died in the crash.

As your teens drive this summer, take the time to remind them of how quickly their lives can change when they choose to text and drive. Even a moment of reading an incoming message means that a driver’s eyes are on the screen and not on the road in front of them.

Of course, cell phone distractions aren’t limited to just texting. GPS, music and podcasting apps can be just as distracting. As smartphones become more and more important in our society each year, we need to take a long, hard look at ways to prevent tragedies like this one. Some suggest stricter laws, while others advocate for technology that prevent the usage of cell phones while a vehicle is in motion.

Whatever is decided, the time to take action to prevent more texting and driving collisions is now.

If you were injured because of someone else’s negligence, you undoubtedly have many questions about your legal rights. Our Virginia personal injury lawyers can answer your questions and teach you how the legal system can help you. The Law Offices of Richard J. Serpe, PC has helped accident victims for over 33 years. If you’d like a free consultation, give us a call or send us an email 877.544.5323.