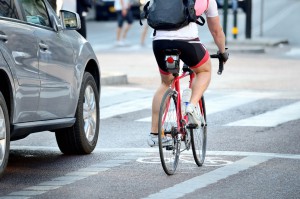 A cyclist has died following a collision in Chesapeake. The September 13th accident occurred on South Military Highway around 8:30 PM. The bicycle was struck from behind by a 2003 GMC Envoy. The driver of the vehicle said he did not see the cyclist when the crash occurred.

The victim was taken to the hospital where he later succumbed to his injuries. Police are withholding the identity of the 60-something year-old man until his family is notified. The driver of the GMC Envoy has not been charged thus far, but the accident remains under investigation.

In Virginia, cyclists are required to use at least one white headlight that is visible from at least 500 feet in the front. Unfortunately, in this case, the light may not have helped drivers see the cyclist from behind. Virginia cyclists are also required to install a red reflector on the rear of their bikes that is visible for at least 600 feet. Authorities are likely looking for such visibility equipment in their investigation.

Bicycles can be difficult to spot even in the best of conditions, but they become virtually invisible after dark. The next time you hit the streets for a night ride, make sure you take precautions to be as visible as possible to motorists. In addition to investing in lights and reflectors for your bike, consider dressing in reflective clothing as well. Every little bit of added safety can help protect you from a collision with a larger vehicle.

The Virginia bicycle accident attorneys at the Law Offices of Richard J. Serpe, PC has helped victims of accidents for over 30 years. If you or a loved one has been injured in an accident caused by someone else’s negligence, you have legal rights. If you’d like to discuss your situation, contact us to setup a free consultation 877-544-5323.