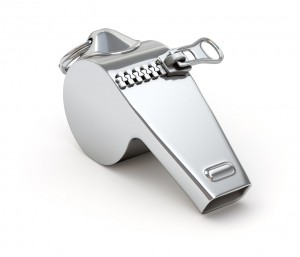 The Justice Department has recovered over $3.7 billion in settlements and judgments from healthcare fraud cases for the 2017 fiscal year. The figure contributes to the overall $56 billion recovered since 1986, when Congress strengthened the civil False Claims Act. The healthcare industry was responsible for more than $2.4 billion of that figure last year, with the drug and medical device industry penalized for offering expensive dinners, travel and entertainment kickbacks for doctors.

Mylan Inc. made headlines in 2017 for increasing their Epipen price 400 percent, but they also helped contribute to the $3.7 billion. They paid a fixed 12 percent rebate to Medicaid for being classified as a generic drug, despite claims that there are no generic versions of the Epipen. The company was required to pay $231.7 million to the federal government and another $213.9 million to Medicaid programs at the state level.

There are countless other examples of corporations and individuals exploiting the system to line their own pockets. One thing many such cases have in common is the whistleblowers who are brave enough to alert authorities to the wrongdoings.”Because those who defraud the government often hide their misconduct from public view, whistleblowers are often essential to uncovering the truth,” says Acting Assistant Attorney General Chad A. Readler. “The Department’s recoveries this past year continue to reflect the valuable role that private parties can play in the government’s effort to combat false claims concerning government contracts and programs.” ​

It is easy to turn a blind eye to the misdeeds of our superiors. The people responsible for blowing the whistle are indeed brave and should be commended for their willingness to speak up. The False Claims Act, also known as the Lincoln Law, allows the government to take legal action against people and companies who defraud federal programs. Without the help of whistleblowers, though, much of the fraud would never see the light of day. The good news? The number of lawsuits filed under the False Claims Act is increasing. Experts estimate an average of more than 12 new cases are filed each week.

Many fail to speak out against their employers out of fear of retaliation. Though illegal, retaliation is a common tactic used by employers to silence their workers and threaten others from speaking up. Anyone with knowledge of illegal activity in the workplace should alert the authorities, but if they have been threaten by management against doing so, an attorney can be a valuable ally.