The Google Walkout: Why it's Significant

Google employees across the globe participated in a walkout last Thursday. The protest which dawns its own Twitter handle @googlewalkout, included more than 20,000 employees from offices in 50 cities. Employees walked out of their offices at 11:10 am local time to take a stand against the way Google has handled instances of sexual harassment. The protest was sparked after the New York Times published a report which revealed Google paid Android co-founder, Andy Rubin, a $90 Million exit package following a sexual misconduct allegation.

Google investigated an employee’s sexual misconduct claim against Rubin, found it to be credible and asked him to resign. Though his resignation was made public, the details regarding sexual misconduct were never mentioned in the earliest reports and the incident was publicly addressed as an “inappropriate relationship” . The article goes on to mention former executives, who like Rubin, were protected after being accused of sexual misconduct. After the publication of the report, Google CEO, Sundar Pichai addressed the matter in an email to employees maintaining that the company has actively dealt with sexual harassment in the past two years and fired nearly 50 employees on harassment claims.

The main organizers of the walkout listed their demands on the website, The Cut. They argue for more transparency through a publicly disclosed sexual harassment report, an employee representative to the Board of Directors as well as a clear and inclusive process for reporting misconduct. Since the walkout, Google has agreed to join the ranks of Microsoft and Uber by dropping Forced Arbitration.

The walkout itself is atypical for the tech industry. The culture of tech that tends to promote the individual saw a shift in mentality. Employees banded together to appeal to their superiors to make the necessary changes to a safer and more inclusive workplace. As Jillian D’Onfro, technology reporter for CNBC writes “Collective bargaining hasn’t traditionally had a place in Silicon Valley. Unions are nearly non-existent for white-collar tech workers, who typically enjoy large salaries, cushy perks and plenty of career mobility thanks to their high-demand skills”.

The walkout aligns with the popular #MeToo movement, the origins of which began with the nonprofit work of Tarana Burke over a decade ago. The movement since gained traction with allegations brought against Harvey Weinstein among a number of Hollywood elites. The #MeToo movement has seen “at least 425 prominent people” accused of sexual misconduct since October of 2017.

Two weeks have passed since the walkout and Facebook, Airbnb and eBay announced they will cease forced arbitration policies in the cases of sexual misconduct. As one of the organizers, Tanuja Gupta describes “We have the eyes of many companies looking at us….we’ve always been a vanguard company, so if we don’t lead the way, nobody else will.” Google has long held the torch for progress and inclusion in the tech industry and the recent public display of unity is no exception. 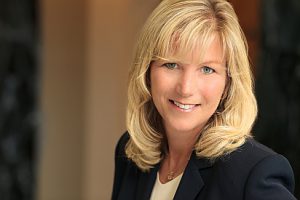 Virginia employment attorney Cindra Dowd has successfully settled claims on behalf of victims that have suffered discrimination and sexual harassment in the workplace. Call today to set up a free, no-risk, consultation to begin exploring your options.